As the Goddess/owl wrestles with the serpent in the garden, M’na flees into the forest, thankful for the moment of escape. But her relief was to be short lived…..

“You cannot hide from me.” The words singed M’na’s soul.

How had he followed her from the garden?  Bandia was ripping the serpent to shreds even as M’na slipped through the entrance and into the forest.  She was certain  Ar’tine would be sent unceremoniously back to Domhan Eile to sulk in the shadows of his misery-alone and far from her world.

“I won’t be disposed of so easily.”

M’na not only heard the words in her head.  She felt them in the hot breath of what followed her from within the garden and was closing in close enough for its scent to fill her nostrils.  She did not miss a single step as she glanced down to see what form the dark god had chosen to continue her torment,  and physically harm her family.

Somehow her heart knew what it was before she looked into the bottomless hollows of the beast’s eyes.  It was the wolf; and her Mother’s heart told her it was the same wolf who had taken her newborn child and terrorized her young son. Now her heart rolled with emotion as all paths coming from it led back to the burning question plaguing her. Where was Dochais? The strength of hope was what drove her, what kept her on her feet when she wanted to collapse, and only hope was driving her back to what remained of her home to save Amhain and know what had become of her companion.

The beast panted, its tongue licking the back of M’na’s legs, its claws tearing up the earth as it fought to get close enough to bury its teeth into her tender flesh. Guttural grunting was drowned out only by the pounding of her heart and the thudding of her bare feed over the mossy ground. But M’na was growing weak, terror gaining on her resolve, inch by inch, until…Damanta’s wrath blazed just ahead of them on the trail.  A fallen tree was consumed by fire, blocking any way of easy passage; but M’na knew she couldn’t stop, even if she wanted to. The faces of her sons and beloved Fireann floated in front of her, her ears deaf to anything but the sound of their laughter, and her mind felt suddenly clear, her body surging with new strength.  She stared into the heart of the roaring fire and leapt, rising high above the crackling wood and leaf, scarcely conscious of the flames stinging the bottoms of her feet, and then landed, unscathed, on the other side.  A furious agonized howl filled the air as the wolf attempted to follow; but it was not as quick or agile as its prey and skidded into the wall of fire and wood.  Growling and scraping, the wolf tried to escape but couldn’t squeeze through to follow. M’na wasted no time considering the wolf’s fate and ran on, feeling rejuvenated by the escape, her hope encouraged anew. The clearing of their home was in sight! She panted as she ran, her tongue dry and thick in her throat, the wind blowing her hair back over her silky shoulders, her senses sharp as a knife with the clearing growing closer and sharper the more she closed the gap. Yes! There was someone there and the beast had not followed her. In just a few more paces she would be able to see clearly.

“Aaahhhhhhh!” she screamed as her head split apart.  “Dear Mother, noooo…”  She was almost there, so close to salvation; but like a bludgeon Ar’tine’s words echoed in her ears and reverberated through her soul.

“Behold your beloved Fireann.” The voice rose above her heavy breathing, her feet to earth and the pounding of her heart.  “Sadly, he was no match for Damanta and was foolish to think he could defeat my creation.   You  will never lie with him again.”  The bitter, satisfied tone of his chiding was as salt in M’na’s fresh heart wounds.  “Come now, my dear,  you know you cannot hide from me.”

M’na could see the clearing and yes, they were there!  M’na’s relief was quickly crushed by agony, her heart wailing at the sight of Fireann lying there with his son kneeling beside his body, stroking his Father’s hair and rubbing his chest.  This mighty gift of her Mothers’ love now so bloody and motionless. Her stomach rose into her chest, the hammer fell on her hope, and her dying world went dark as Mn’a lost consciousness.

4 thoughts on “Serpent to Sorrow/Forever Never” 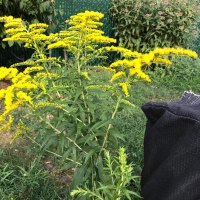 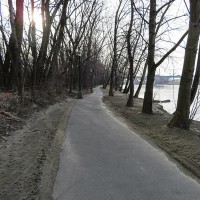 "I have enough time to rest, but I don't have a minute to waste". Come and catch me with your wise words and we will have some fun with our words of wisdom.