As the Sorceress washes away the visions of her longing, the dreams of a dark night fading in the reflection of the river water, another wakes to a new day far away-lying in the garden of Foirfeachta next to his new companion…..

Ella watched her beloved as he slept soundly, hardly moving but for the slow rise and fall of his chest with every breath. He had tossed and turned lying next to her in the night as though locked in an invisible struggle. At some point, she almost tried to wake him; but he became more relaxed near daybreak, his breathing slow and even again. Now he slept so deeply that not even the touch of her hand on his chest could rouse him.  Her open palm lay against his skin, wet with cold sweat, and she allowed it to rise and fall with his breathing. Ella reached to brush several loose strands of hair from his face, and he stirred, shifting to turn onto his side and away from her. She nestled her face in the crook of his neck and ran her hand down the length of his back softly. Laoch groaned and shrank from her touch, and she felt something warm and moist beneath her fingers.  As the first shards of morning streaked over his skin, Ella could see several deep scratches on his lower back.  She gently touched them with her fingertips and frowned. He must have been injured in the woods when Eolas and Laoch took Amhain out to hunt.

She smiled when she remembered the look of sheer joy and pride he wore on his face when they returned with their lines strung full with small birds and fish. What a delicious feast they had! After the remains were cleared they all sat around the fire pit, getting acquainted and sharing stories of life, love and new possibility. Amhain finally had all of his questions answered and was promised his own horse as soon as Laoch returned to Juntos and could bring it back.  Ella was quickly learning devotion to the Garden family and understood the depth of Laoch’s loyalty to them. Their child must be kept safe. Her thoughts returned to Laoch’s wounds, thinking how odd that she hadn’t noticed the scratches when they sat near the fire, for certainly she would have cleaned them and applied healing balm.

She slipped from the bed to find those things she would need to tend to his wounds. Laoch felt the movement of the bed and opened his eyes, blinking against the morning light. “Where do you go, Ella?” He rubbed his eyes and raised up on an elbow. “Surely the others are not stirring yet.”

“Why did you not tell me you were injured during the hunt? There are scratches on your back.” Only now did the Warrior feel the sharp stinging of his flesh. He remembered that they climbed through a bramble patch to retrieve their kill, but thought he had been careful as they moved.   He supposed he had been too excited to notice; and the pain was not so bad, even this morning. He had certainly suffered worse than this.

Still, the Warrior would allow his beloved to care for him because it seemed to bring her so much pleasure. Laoch smiled as Ella stepped through the doorway into the hazy morning and sank back onto the bed where he struggled to clear the mists from his groggy brain. He felt so tired this morning and thought perhaps so much joy was draining on a human.  The Warrior marveled at the new richness of his life. If he and Ella could have a family such as the one in the Garden when Eternity saw fit to bless them, surely his life could be no more perfect. Perhaps his purpose on Domhan was one of true Light after all in spite of his dark Father.

Many cycles passed in peace and preparation for all on the world of Domhan until they all but forgot the possibility of anything save perfection in their world. Sadly, Destiny would soon arrive to introduce herself to them all….

Thank you for reading.. 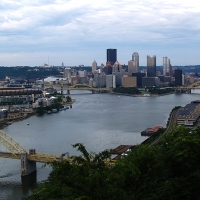 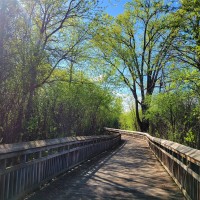 Every life is unique ❤️