As we rejoin the Creators, preparations are being made for the coming of Dohman’s first born human child.  While its parents struggle with the strange and exhilarating sensations of this responsibility, the Eternal Realm provides a means of support.  In the land surrounding Foirfeachta, a new male arises from the essence of their world- one who will act as, friend, counselor….and eventually, protector.

all written and artistic works copyright by the author

XXI A Time to Make Ready
Mac, Inion and Bandia were preparing for the new soul’s descent to Dohman. They were eager and anxious to realize the result of their efforts.  As’me longed to be given another chance at life, this time as the offspring of the First Couple; but she was told it was not yet her time, even though she had progressed greatly in her healing.  Mac assured the impatient soul that she would have a special place in their plan, but it was not to be at this moment.

Ar’tine, too, wanted As’me to be given this chance to be reborn in the flesh; but his hope stemmed from his selfish desire and to ease the burden of his own guilty conscience.  How he longed for her to be given the chance at the greatness he had robbed her of.  Finite thinking within the realm of infinity was truly his great error.

Mor continued to hold out hope that the god would outgrow this persistent need for ego fulfillment. Still, It knew all of Ar’tine’s intentions were born out of love for His Creation. This, Great Spirit understood above all else. The dark god continued to watch the unfolding events upon Inion’s world with growing envy, and he reveled in the new sensations that had been experienced by Dohman’s beloved caretakers.  He felt their fire and desire, fueled by a deep longing for completeness.

It was a desire that ached within everything in Eternity, although he was certain the others didn’t understand the true nature of this longing the way that he did.  They remained broken-always trying to please, trying to correct, to renew and Unify, always without complete satisfaction, even with their freedom to create at will. How much wiser he thought himself to be because he understood the dark rift could never be repaired. He was certain of this and embraced that truth, becoming as one with it for he also knew what it needed.  It could not be destroyed, nor hidden and tamed. What it needed was to be quenched, like a thirst.  It seemed he was always hungry and thirsty in his soul, and with little relief.

He had experienced some satisfaction through the union of M’na and Fireann, a small swill of perfect ecstasy.  Their physical joining was wondrously delicious; and he knew there could be more.  He could not understand why they had been denied this gift before now and why they would be denied again.  Impatience was the fertilizer for the Dark Tree that now invaded every molecule of the god’s Essence. He was simply harvesting it in the Garden of Light for the time being.  It wasn’t a plan really. It was more of an unfolding….

The cycles of rebirth for all other living things on Dohman was known; but since no human had experienced a full cycle, no one could predict the moment of arrival for the infant forming inside of M’na.  Every natural born physical creature arrived as smaller, more immature versions of their creators, so it was assumed it would be the same with humans.

M’na soon felt  movements of life within and new sensations were flooding her being. Some were not so pleasant, but most were glorious.  She no longer changed form to fly or to swim with the creatures of Dohman.  Instead, she contented herself with preparing a place for the new life that was being entrusted to her care.

Fireann continued to gather and care for the living things in the Garden as they prepared for the coming of the child;  but no more did he travel to distant places, preferring to be a dedicated companion to his female.  His greatest satisfaction was to see her glowing countenance as new life grew within her body; and  yet, along with his joy, there had been a nagging sense of exclusion which was chipping away at his peace of mind. He felt that he was somehow on the outside looking in at this miracle that was forming within his female.  He knew his role in this creation was important,  but it seemed a more detached connection than M’na’s.  To honor his promise to the Goddess Mother, and in the Light of Love, he busied himself with making ready a safe and comfortable place to welcome the new life instead of feeding his own emptiness. He found comfort in knowing it would be for him to protect Eternity’s new creation from harm until it could care for itself.  He and M’na had seen all of the living beings on Dohman giving birth, licking their newly brought forth creatures clean, nourishing and nurturing them before eventually nudging them up and onto their own legs, out of burrows and down from nests.  He assumed it would be much the same way with their young one.

There was, along with all of the practical planning, the certain knowledge that they must encourage this new life to walk in the way of Spirit and help it to understand how special it was-pure balanced Love from the heart of Eternity.  This human child would bring Perfection back to their world.

Mor was saddened to sense that Fireann did not understand that the world of Dohman, as a part of the All that Is,  was already Perfection.  Inion’s creation was simply no longer aware of its perfection. This was the Hope, this was the goal being manifest in the experiment.  To end the sense of lack and separation that had begun with the first Creation.
XXII Help for Dohman

Dohman had, in the time since the great Devastation brought on by the birth of Mac n Mor, undergone climatic changes.  When Mac gifted Inion’s world with the great light of fire they called Sun, things were more diverse. There was growth in places where there had only been brilliance of color, and the entire world was completely habitable.

In the eternal realm it was decided that the birth of M’na and Fireann’s child would bring great change.  M’na knew in her existence the gift of immortality on Dohman and Fireann would live long; but what of the child, being born purely of the flesh and created from flesh?  None was certain of the length of his physical mortality, but all knew that the soul which had been so carefully prepared was eternal.  Energy from energy would return to the Realm when no longer within the body, as had become evident with the death of As’me.

Mor saw what powerful effects Perception had wrought upon Its own creations and upon their own after that, even with Unconditional  Love completely enveloping them. It was decided there would be a need for support in the world of this new family and for the new human life that would restore balance within the Spirit of Creation.

Inion and Mac were sent to create other humans, and each would be placed in areas surrounding The Garden Home where the First Family was to live, all possessing  special gifts that would be ever ready in order for them to guide, protect and serve the Keepers of Dohman.  END_OF_DOCUMENT_TOKEN_TO_BE_REPLACED 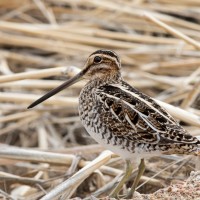 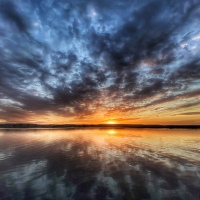